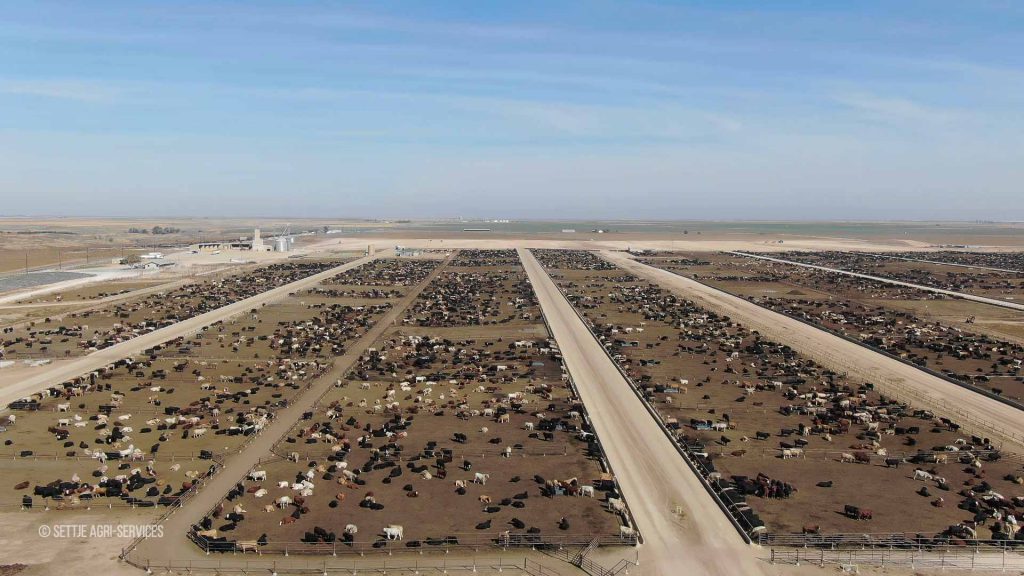 In 2001, Great Britain experienced a large-scale outbreak of foot and mouth disease (FMD). This outbreak lasted just over 7 months and led to the loss of over 6 million sheep and cattle, with an estimated economic impact of $12-18 billion. In the United States, the potential economic impact of an FMD outbreak contained to a single state could range from $6-14 billion. The introduction of FMD to produce a deliberate nationally disseminated outbreak (agroterrorism) could rapidly reach $228 billion in economic impact.

While there are many transboundary diseases, also referred to as foreign animal diseases, FMD is the one that receives the most attention. Considered one of the most infectious viruses in the world, it produces devastating effects in livestock populations. FMD affects predominately cloven-hoofed mammals, therefore, cattle, sheep, and swine are all on the list of affected species.

What are the signs of FMD?

Morbidity (illness) levels in herds exposed to the virus often quickly approach 100 percent, and while mature animals have relatively low mortality (death) rates (1-5 percent); immature cattle have shown mortality rates as high as 80 percent. Compounding this damage is the high percentage of animals that, while recovered, have long-standing health complications such as hoof malformations, chronic mastitis, poor weight gain, and reproductive complications.

What steps are being taken to protect our beef supply?

With all this in mind, the United States Department of Agriculture set out to create a response plan designed to mitigate the effects of a foreign animal disease (FAD) outbreak in the United States. Along with state and local governments, beef industry representatives, and Kansas and Iowa State Universities, the Secure Beef Supply (SBS) Plan concept was born. SBS planning allows a beef operation to examine their site(s) and determine the best way to implement enhanced biosecurity measures, should a FAD outbreak become reality in the US.

What exactly is enhanced biosecurity?

Enhanced biosecurity is a concept that focuses on increased rigor in preventing exposure. It takes into account all of the comings and goings on an operation and evaluates which of those are critical to the day-to-day activities and determines how to safely do business in an environment where exposure to a FAD is high risk. An SBS Plan will look different for every operation, as each plan takes into account how they do business; how they move cattle through the industry, how they stockpile and consume feed resources, and what the day-to-day logistics of animal care look like for each operation. It is important to note that an SBS plan is not intended to be used during normal day-to-day operation, it is only a contingency plan that allows for some level of business to take place safely in the event of the worst-case scenario.

What would happen if an outbreak occurred?

In the event of a FAD occurrence in the US, immediate response by federal animal health officials would be a 72 hour stop movement order for all livestock and livestock support services (i.e. feed deliveries). These 72 hours are intended to allow federal and state officials to determine the extent of livestock exposure and pinpoint infected premises to determine the next best steps. Following this period, those operations that are not infected and have working SBS Plans would be allowed to begin resuming business under strict permitting regulations and enhanced biosecurity. Having an SBS plan in place and ready to implement in your operation is the insurance policy that would allow a return to business. While this return to business would look significantly different, the intent is to dampen the economic fallout and give beef operations the best chance possible to weather the storm.

How can my operation be ready?

To learn more about SBS plans and how your operation can best prepare for an FAD outbreak, you can visit www.securebeef.org or contact your local state department of agriculture or state veterinarians office.

If your operation doesn’t have an SBS plan in place, and you’d like assistance walking through the step-by-step process of designing a custom plan for your site(s), Settje Agri-Services and Engineering offers complete SBS plan services. From site-map creation to file documentation and training your staff, Settje can ensure your operation is ready. Contact your local Settje consultant for more information. If you don’t have a Settje consultant, you can contact us directly.